Hyperion has been around for a long time. He has been re-designed, this is his new form. Its AR is very similar to the original but it has a completely new WD and RC. This whole lego bey has a simple design but it's actually not bad.

Hyperion Lego Surge is a pheonix like bird made of fire with blue flames on the edges of his wings. The only parts of Hyperion Lego Surge that is not made of fire is the exoskeleton, and its talons. The exoskeleton is a bone, and blue crystal solid on the top of his wings, chest, and a helmet shaped piece on his head. Hyperion's element is fire. It's special attack is known as "Flame Surge". In which Hyperion transforms into a flaming tornado. This is followed by Hyperion LS corkscrewing towards the opponent. He then attacks and grinds against the opponent.

This is one of the lightest ARs. It's given the name "Grind Attacker" because while spinning the attack ring's setup causes it to grind up against the opponent. Grind Attacker has some smash attack which makes it an attack type AR. Not only does this create good attack power, this also gives it some good defense against opponents as well. In relation to Hyperion LS although it's light, Grind Attacker is actually very good.

In other combos this AR may not be the best choice. In lightweight combos the AR can't do much in battle because of the lightweight AR. Grind Attacker was an AR for Hyperion LS. In use with other combos, it must be using an 8 Wide WD of some kind in order to balance out the flaws of this AR. As mentioned earlier Grind Attacker has attack and defense but its just not a good enough AR on its own.

The original model of this AR was lighter, and had less attack power. In the newly designed form there is more attack power as the bottom layer now support and helps attack along with the middle layer. The top layer is still only designed for holding the rest of the lego bey together. However with more pieces the added weight helps the AR not to be to light but make no mistake, Grind Attacker is still one of the lightest ARs.

This is an okay SWD. In relation to Hyperion LS its a very good part. The spikes help attack against the opponent with Grind Attacker. On its own SWD 4 Spikes isn't that good. It's been easily outclassed by new SWD's like SWD Blitz Crusher. There is really no point to using this SWD in any combo unless the AR is Grinding Inferno or something similar.

In relation to Hyperion LS this SWD helps with attacking. But this SWD tends to cause a great deal of recoil which in turn can stop or slow down Hyperion LS as well. But combined with an attack type core the the recoil can be lessened.

This is a great RC. This core has two modes: Endurance Mode and Attack Mode. Attack mode is violent but not too destructive. This allows easy control over the lego bey. In endurance mode it is more stationary and if at an angle it will seem to slide or glide across the stadium.

When in attack mode this core can reduce recoil and sometimes even neutralize it. As it makes giant swiping movements it just attacks at the opponent. There can still be recoil but the Manual Change Core (in attack mode) can lessen it. In relation to Hyperion LS, Endurance Mode can cause more recoil. When Hyperion LS is more stationary hitting an opponent will cause a large amount of recoil. But endurance mode has a few perks. One is even though there is recoil, the opponent is knocked around just as much because of the attack type AR and SWD. This gives Hyperion LS a little bit of an advantage as he will be able to stadium out other lego beys very easily. 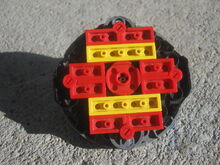 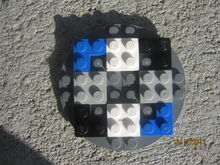 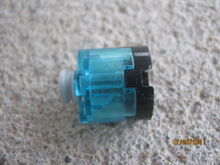 Manual Change Core
Add a photo to this gallery

Overall Hyperion LS utilizes a heavy WD and a lightweight AR to create a good balanced weight. It has some good smash attack. Although the AR and WD by themselves may not be the best choices when used with Hyperion LS it creates a good lego bey. The occasional recoil can be a problem, but it only is you are new to using him. Mastering techniques like the sliding shoot can help lessen the recoil with Hyperion LS.

Retrieved from "https://legobeyblades.fandom.com/wiki/Hyperion_LS_(Lego_Surge)?oldid=4928"
Community content is available under CC-BY-SA unless otherwise noted.